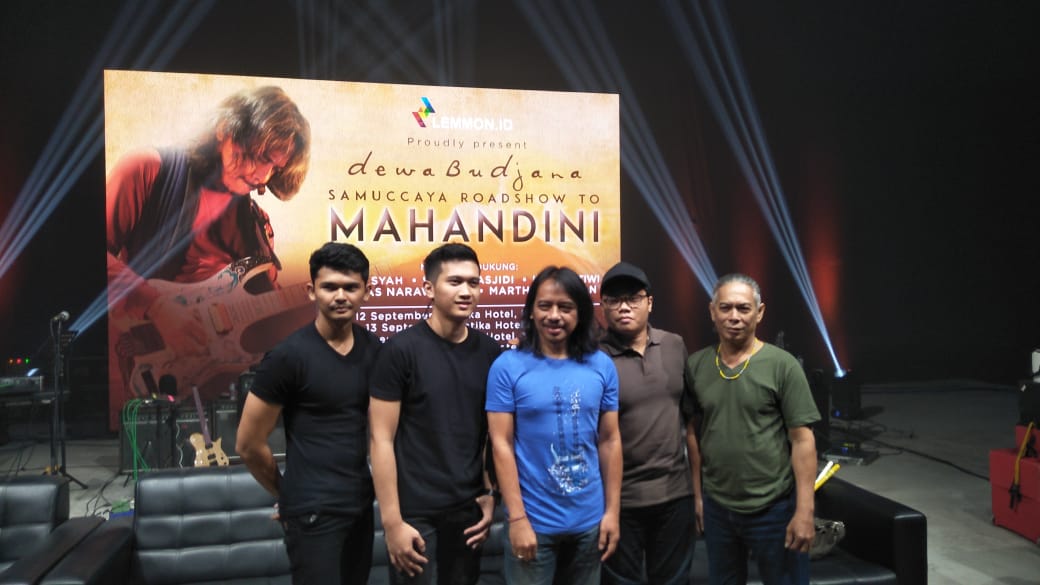 Dewa Budjana, Indonesia’s world-class musician proves his existence through a solid career as a jazz fusion/progressive-rock solo guitarist who has released nine impressive albums “Nusa Damai”, “Gitarku”, “Samsara”, “Home”, “Dawai In Paradise”, “Joged Kahyangan”, “Surya Namaskar”, “Hasta Karma”, and “Zentuary”. Besides becoming a top instrumentalist in the country, his earlier background has also gained a major success with a pop/rock band GIGI for over twenty years now and still remain as one of the most prolific band in Indonesian music industry. Following his solo career, there has been such an incredible vision and skill behind the collaboration between Budjana and some leading names from the Jazz world names ranging from Tony Levin, Peter Erskine, Jimmy Haslip, Mike Landau, Jack DeJohnette, Chad Wackerman, to John Mc Laughlin, and many others.

Though each work has its characteristic and impression, Budjana always put his real passion for composing jazz fusion/progressive-rock music with an ethic and spiritual nuance that makes it such a breakthrough masterpiece. After his last release album “Zentury” in 2016, he finally announced the upcoming album “Mahandini” that will be dropped in late this year through his collaboration of world-renowned talents as a core band, Jordan Rudess (keys/piano), Mohini Dey (bass), and Marco Minnemann (drum) with special guests, Mike Stern, John Frusciante and Soimah Pancawati. Mahandini, Budjana’s 10th solo album, is a combination of two Sanskrit words, ‘Maha’ and ‘Nandini’ which means a great mount as what he said just like the big names involved in this album, he learned more about how they worked for his musical quality.

From the beginning, this collaboration successfully reached the audience by creating a natural, calm and reflective atmosphere with the sound of flute that melodically followed on Budjana’s finger-picked electric guitar. As he played track after track, he made some dramatic highs by demonstrating sophisticated skills that changed the relaxed ambience gradually into something more uplifting. Charismatic on stage, his distorted guitar and spiritual energy attracted our attention to exploring new sounds right along with the band that accompanied him.

By bringing the same concept on his tour, the overall shows were energetic and visceral with wonderful clarity in every melodies and harmony to express his boldest creation into a breath-taking live performance. In the end, all the process and the involvement of great musicians during the music production has fostered him always to be consistently producing instrumental music as well as developing skills to maximize his music exploration and this tour has given such a valuable musical experience also as an overview of the upcoming album ‘Mahandini’ which incredibly surprising and powerful.